Cars of the Stars 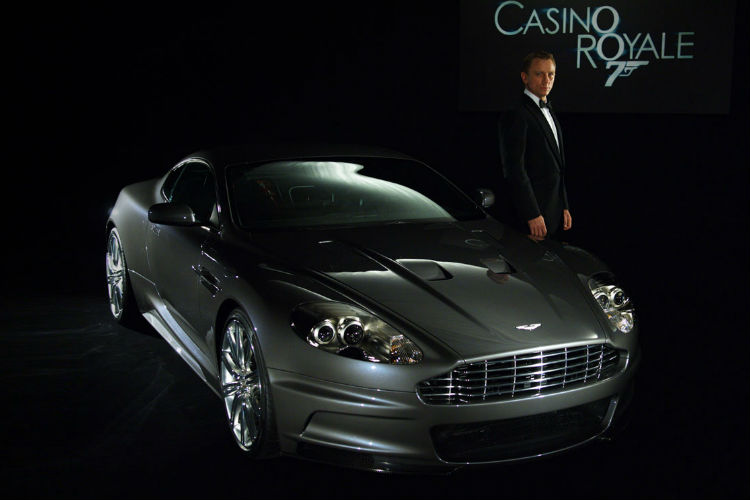 “Hello, we are shooting a film at Milan for which we would need an SUV from either BMW, Audi or Mercedes. Is a car of this brand and class available on the 27th of January?” It’s just another day at the office at Book Luxury Car, when the customer service staff receive an email from a potential client wanting to hire a latest model of luxury car for a movie that they are shooting.

While luxury cars are often hired by people like you and me, who just love the opportunity to get behind the wheel of a Ferrari supercar or for the chance to drive down the Autobahn in a Porsche at catapulting speeds, it’s not unusual to get an inquiry from a film crew as well. From the perspective of a film producer, cars lends themselves as highly iconic props that effectively set the mood with their strong connotations. Be it, a Rolls Royce or a Bentley to exude aristocratic luxury, a Ferrari or a Lamborghini for an element of something fast, risky and dangerous or a BMW, Audi or Mercedes for an air of professionalism and success.

As we all know there is a long history of cars being used in films, often taking paramount positions as equivalent to the actors themselves. In fact, certain models of cars starring in movies have been known to debut and seal a long standing reputation, as significant as the actors who drive them. I think the most classic of these is the Aston Martin DBS that was driven by James Bond in On Her Majesty’s Secret Service in 1969,  Casino Royale in 2006, Quantum of Solace in 2008 and even in the most recent Spectre where a new DB10 was launched. It appears that the combination of the Aston Martin and James Bond has left an indelible mark on popular culture. 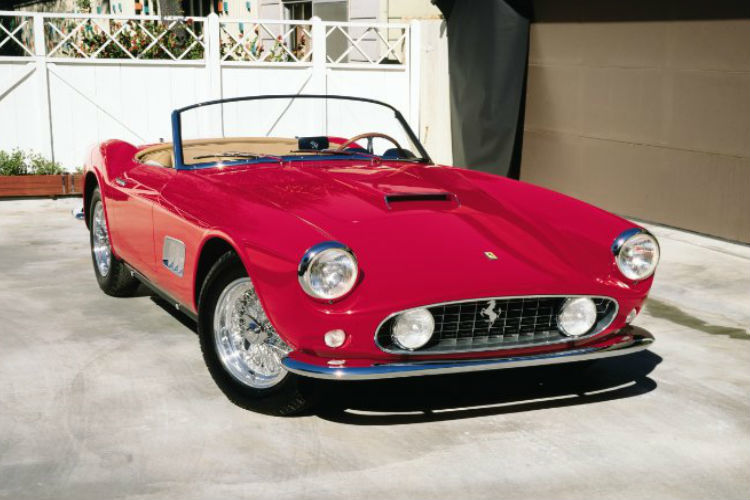 When taken to the polls, some of the most treasured scenes of cars in movies that appear to have lingered in the minds of people include the 1961 Ferrari GT250 that starred in Ferris Bueller's Day Off in 1986, while it was the Chevrolet Camaro that took a cameo role in Transformers, first in 1977 and then later again in 2009. In the wildly popular car movie The Fast and the Furious (2001) the supercar of all supercars was a 1970 Dodge charger with a 528ci supercharged hemi and a four speed transmission. Yet, it was the 1981 Delorean DMC-12 that was the car to set imaginations on fire, as it ignited the idea of dihedral doors that open up like butterfly wings in the 1985 blockbuster hit of Back to the Future.

The Batmobile is Back

Yet there is one movie that continues to be a great source of fascination as people unceasingly seek to guess the brand model of the car, and the of course is Batman, the film set behind the one and only, Batmobile. While pegged by many as a Lamborghini, a Superleggera or a Bugatti, a little bit of research has revealed the Batmobile to be a Ford Lincoln Futura Concept Car in the Batman TV series of 1966, the Batmobile of the 1989 movie was a customized body on a Chevy Impala Chassis, while in the more recent Batman Begins of 2005, the winning machine was a Customized “Lamborghini Tank“. 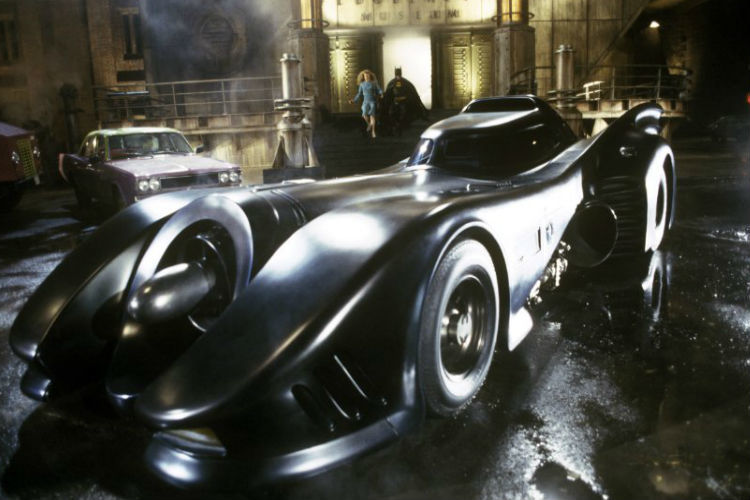 According to Book Luxury Car’s Spokesperson, Adele Cassuto, there is a demand for luxury cars to be used in movie productions across Europe “while sometimes they are being driven, more often than not, they’re likely to be used just as props to effectively set the scene that the producer is aiming for”. Requests for models include a Supercar for a film shoot in Spain, a red Jeep Wrangler that was to be used by a Romanian film production company and a BMW M6 convertible, that was requested for a movie being filmed in Abu Dhabi.

Cars Behind the Camera

However there are just as many cars being ordered for all the activity that happens behind the cameras as well. Cassuto confirms that one highly successful film company hired a fleet of luxury mini vans in Italy, so that they were able to transport the film crew and the bulk of their gear with relative ease and comfort. Behind the scenes there are also many premieres and parties that are being attended where guests need to rock up in something a little bit more flash than your standard Volkswagen. For a James Bond film premiere in Liverpool there was a request, not all that surprisingly, for an Aston Martin, while a premiere in Munich sprouted a request for a Porsche. 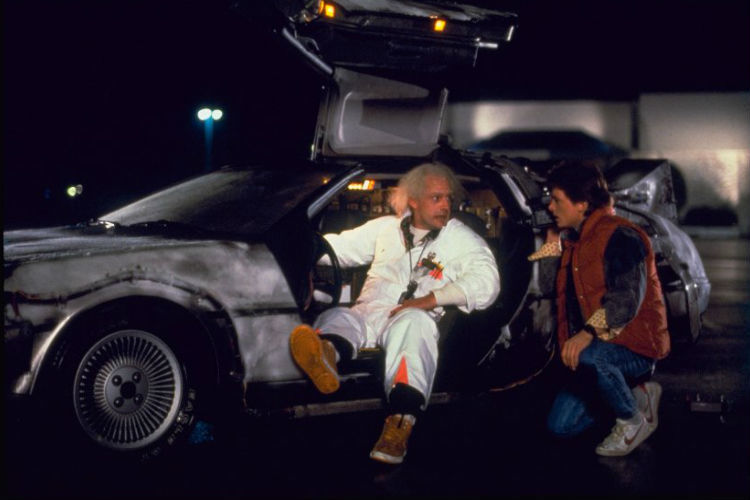 Living Out the Fantasy

Yet even after the filming has ended, the lights are out and the crew has long gone home, the inspiration to drive a fast and ravishing supercar has well and truly settled in. One woman posted a request for a Porsche 911 Turbo, which featured in the popular 1995 movie Bad Boys, which she wanted to hire for her fiancé who loves the movie. While another gentleman submitted an inquiry for a Pontiac Firebird Trans Am which was the car that featured in the memorable Knight Rider. “That one we didn’t stock” says Cassuto “ the model predates 1985 and while that car is most certainly legendary and will forever be regarded as a cultural icon, Pontiac stopped producing cars back in 1998”. 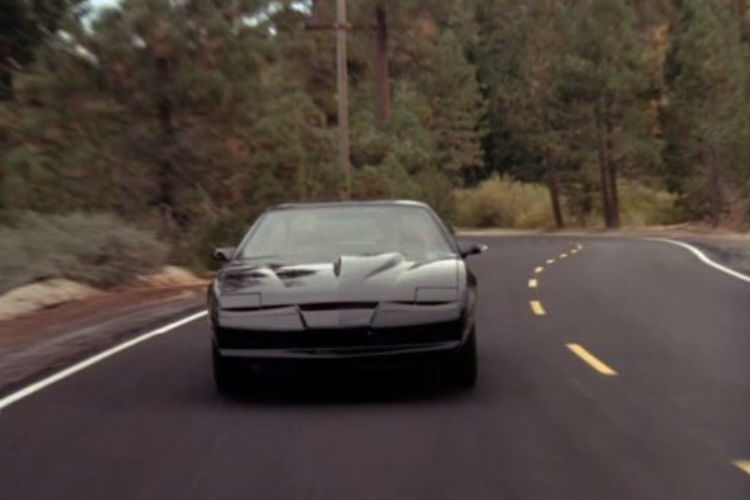 Never mind. There is always heaps of movies and heaps of cars to choose from with the great variety of top model cars available at BLC. In a simple online booking process, rent the Ferrari that was driven in Tower Heist or the Porsche 911 from the X Files. Which car will you be choosing for the chance to reenact your favourite film scene?