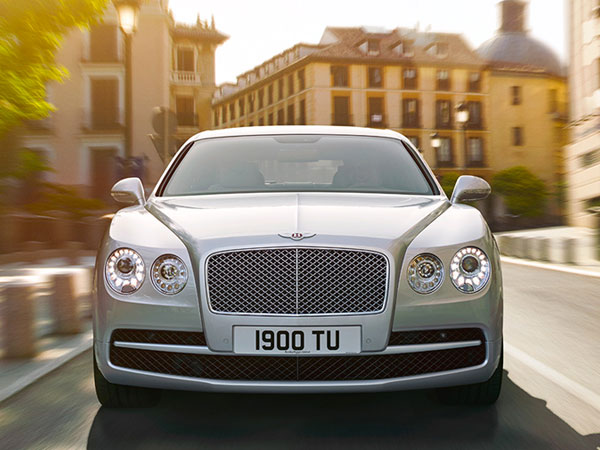 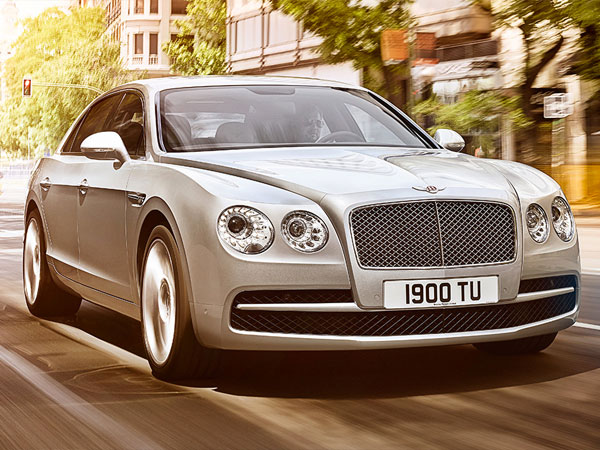 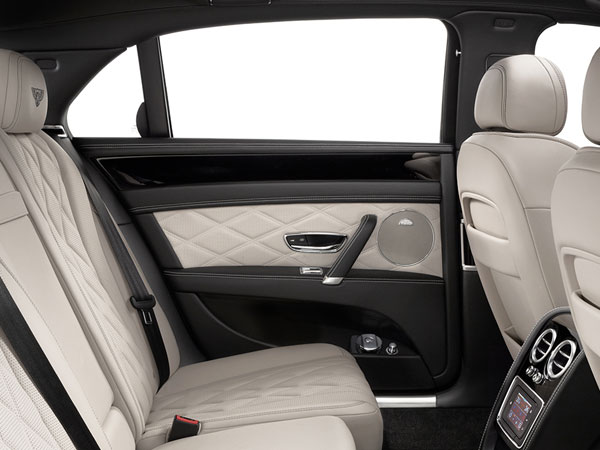 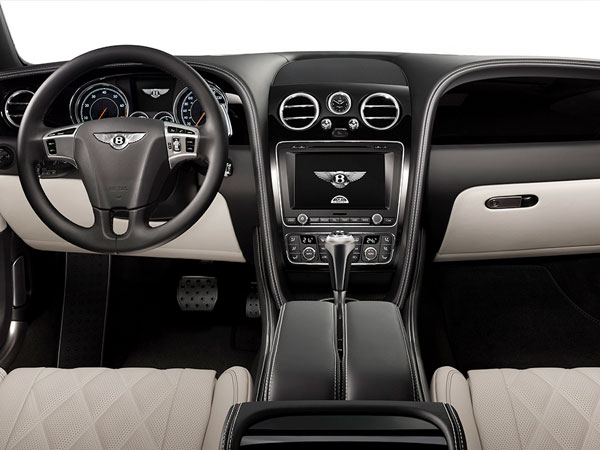 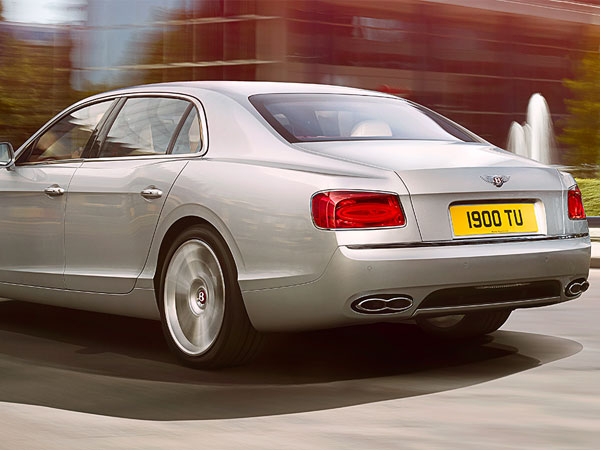 Taking hand-built luxury to new heights, the Bentley Flying Spur is a remarkable executive sedan, offering limousine comfort and incredible power. Take to the road in one of the world’s most desirable luxury cars when you hire a Bentley Flying Spur.

The Bentley Flying Spur has four-doors, four-wheel drive and boasts stunning performance figures. A 4.0-litre twin-turbo V8 engine produces 500 bhp and 660 Nm of torque propels the Flying Spur V8 from 0-100 km/h in 4.9 seconds and on to a top speed of 294 km/h.

A Variable Displacement System increases fuel efficiency and helps reduce emissions, and an excellent 8-speed ZF transmission works brilliantly with the V8 engine. The drive is quiet and refined, handling is superb for such a large car and an adjustable air suspension allows for excellent control and balance on the road.

This is one of the most powerful Bentley’s ever built, and despite being one of Bentley’s smaller models, it is still a 2.5-tonne car. Its bold design and angular rear haunches give the Flying Spur a distinctive look that reflects its power and prestige on the road. Bi-Xenon headlights with daylight-running LED’s add drama to the front, and the sharp lines of its super-formed aluminium body create a striking silhouette.

As one would expect of a world-class Bentley, the cabin is an oasis of calm luxury, and once you have travelled in a Bentley Flying Spur it is unlikely you will want to leave. Each leather-upholstered seat is stitched by hand, there is generous legroom, climate control and an advanced touch-screen infotainment system for enhanced driver and passenger comfort. The Bentley Flying Spur V8 is a prestigious sedan and a statement of refined luxury.

“the new V8 version of Bentley's four-door Flying Spur seems like a bit of a no-brainer versus the more expensive W12-engined variant. It looks virtually identical, has the same wonderful eight-speed gearbox, the same four-wheel-drive system, the same fragrantly opulent interior”

“A new body, a heavily revised chassis and a new approach for Bentley’s business-class saloon, the Flying Spur”

The Bentley Flying Spur is a symbol of status and wealth, and as one of the most luxurious luxury vehicles on the planet, the fabulous cabin is finely finished and equipped with a state-of-the-art infotainment system. This is the most powerful and fastest Bentley sedan yet, with a 4.0L twin-turbocharged V8 engine that produces 500 bhp and 487 lb-ft of torque, and reaches 0-100 km/h in 4.9 seconds and to a top speed of 294 km/h. The ride and handling are tuned for firm and responsive handling, and adaptive dampers are able to alter the ride and roll stiffness for a gentle ride or a more nimble sporting feel. 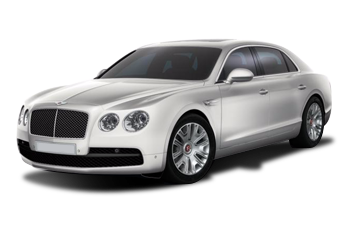