Get Your Pass to the Cannes Film Festival 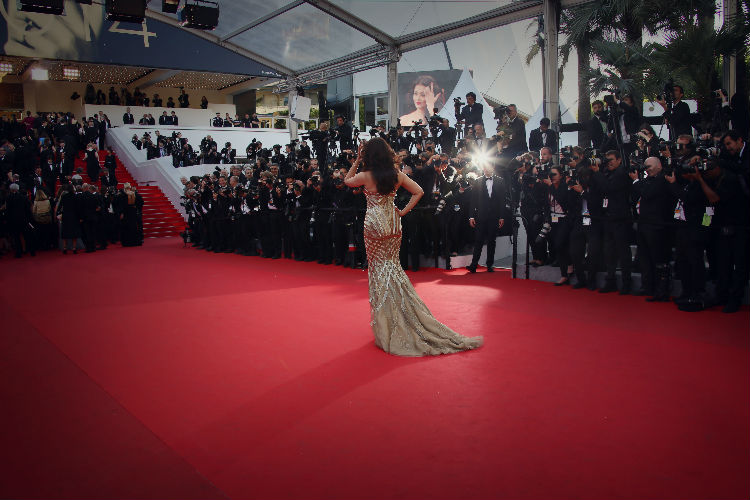 My good friend Nicole is a hell of a talented writer. Ever since I met her in college, I knew she would go places and lo and behold, last week she invited me to dinner to share some big news. When she mentioned Gordon Ramsay at the London Hotel, I knew the news would be big. Nicole is a screenwriter and her most recent script had been buzzed about for months by industry hot shots. It turns out, it has been picked for production and is expected to be screened at the Cannes Film Festival in 2017. With a fork full of fig, goat cheese and prosciutto mid-way to my mouth, I shrieked in excitement. Not just because I may be her plus one, but because it makes me extremely happy to know her hard work is paying off.

Nicole’s amazing news got me thinking about all the potential movie-star-shoulder-rubbing and all the glitter and the glamour of the world’s most prestigious film festival. As I visualized myself on the Red Carpet, with photography flashes shooting at us, I couldn’t help but wonder, ‘what would I wear?’

The Festival, which takes place annually in May at the Palais des Festivals et des Congrès, is an invitation only event. That being said however, it doesn't mean that movie aficionados and star-struck travelers have to be left out of all the fun and glitz. There is plenty to do in Cannes to make you feel like a movie star and I have decided to do some research and compile the best ways in which you can enjoy some film screenings and star-spotting.

If you plan your visit to the Cannes Film Festival with enough time, you can be one of the holders of a very coveted badge. Join a local film appreciation association and apply for a free local film-lover’s accreditation.

If you arrive in Cannes sans badge, you can still enjoy the festival in full swing. Every night, Cinema de la Plage screens “Out of Competition” and “Cannes Classic” films on the beach across from the Majestic. No tickets are required and they even provide beach chairs and blankets if you arrive early.

Line up at the ticket tent next to the Miramar Hotel and get a free ticket to the Critic’s Week Section of the Festival. As one of the most avant garde subsections of the Festival, it is dedicated to discovering the next batch of hot new directors.

Buy a ticket for the Director’s Fortnight, an independent section that runs parallel to the Cannes Film Festival and showcases a programme of shorts, feature films and documentaries from all over the world.

For the ultimate Festival experience, the real deal if you will, hang out by the Red Carpet and keep your fingers crossed. If you dress to pass the inspection of the fashion police and stand around the Red Carpet area, you might get lucky and be handed an extra ticket. If you are given a blue ticket, you are golden and you can go right in. If you are given a brown ticket, you need to be accompanied by a badge holder, so stand next to someone willing to say ‘yeah, she’s with me’ and get ready to shine.

If you happen to find yourself in Cannes during this fabulous event, make sure you settle into your movie star role and hire a Luxury car.