Only As Young As The Woman You Feel 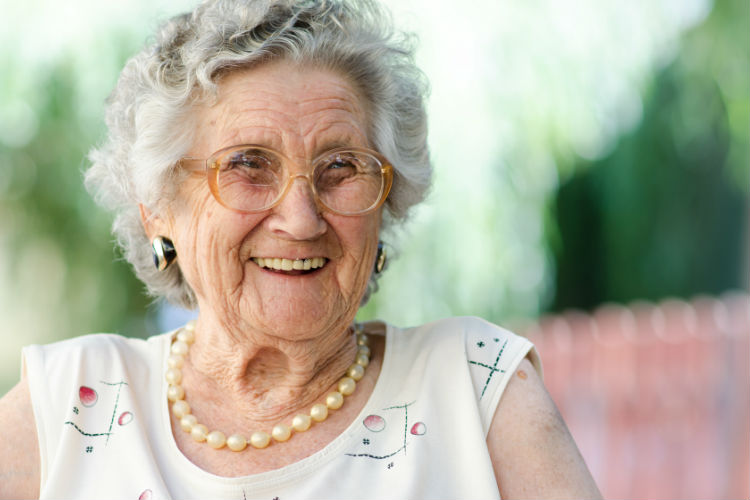 I’m bracing myself, this is not going to be easy, but a grandson’s gotta do what a grandson’s gotta do and for me that means spending this weekend with my mother’s family in Rome. The occasion is my grandmother’s 100th birthday, and I’m telling you now, if it was anyone else other than the sweet old hen, I would be reconsidering whether I really have to go.

It will be a long weekend in my grandmother’s little rococo styled house, still decorated with the cheap “chatchkes” that were bought decades ago. Knick knacks, doilies, lamp shades dangling with trinkets and curtains made out of the same garishly green reddish floral material as the couches. My uncles will be yelling abuse at the television whilst watching Rome’s Lazio lose another match to Napoli or Internazionale Milan. Bearing their fists and swearing like sailors, they will pledge to see to the player’s most imminent deaths. My aunts will be gossiping in the kitchen whilst cooking up a gregarious feast. Despite the unattractive options, they’re the ones I have to avoid the most, lest, if unsuccessful, i will get pinned to the ground accused of the crime of still being single. On declining any offer for dates the pandora’s box of my sexual status will once again be opened. Aaarghhhh!!! Refuge will most likely be found amongst my cousins, who if not being inculcated in the ways of my uncles and aunts, will usually be smoking pot out the back near the rusted up garage.

To make the weekend a little less painful, I decide to rent a Maserati GranCabrio Sport and promise myself that I will steal time away from the gruesome front, to make the most of my time in Rome. The Maserati GranCabrio is a beautiful convertible that strikes straight to the heart, with its elegant and yet sporty design. Despite my reluctance, I’m compelled to admit that Rome really is a seductive city, full of character, history and warmth, and certainly warrants to be seen in a luxury convertible.

D-day arrived and after I walked out of Leonardo da Vinci-Fiumicino Airport, as promised, the Maserati GranCabrio was there waiting for me, looking spectacular as ever. The guy handed me the keys and without much further adieu, I was off on the Viale Marco Polo racing through highway tunnels at 120 km/h. Designed with an ergonomic 3 spoke steering wheel and longer gear shift paddles, the car drove with remarkably swift movement.

I arrived at my Nonna Sophia’s house and as if on cue, every family relative filled their respective role. After so many years it really was great to see Nonna again. I noticed her face lit up as soon as she set eyes on me walking up the 70’s veneer arch pillared entrance. Arms out strectched, she welcomed me into her home with a warm embrace and the smell of her old lady perfume. It’s remarkable how some things do not change, no matter the trespass of time. Nonna’s house was exactly as I last saw it 15 years ago, when I was here for my grandfather’s funeral. Every surface and countertop was covered in little ceramic dolls in gaudy dresses, ornate photo frames, porcelain tea pots and tea cups, glass swans, unicorns and other mythological creatures. The whole effect was really quite dizzying. My inner desire for aesthetic style let out a small yelp of despair. I promised that small voice that we wouldn’t be trapped in here forever...

Nonna took me by the hand and led me to my aunts in the kitchen, the reception was really more than I could bear. Each in their respective turn, kissed both my cheeks, suctioning up each side of my face in their lips. Stuck between cleavages, there was really no where to run. Finally released, I followed the hallway into the salon, fortune had it that Lazio was in the lead by one merciful goal. Thus, the greetings with the men folk were guttural but swift, minimising any interruption on the trance that the television held over them.

Lunch was served outside in the backyard between Nonna’s fruit trees and vegetable gardens. Whilst these visits in all other respects are as painful as getting your full body waxed, excruciatingly slowly, at least I can be assured that the food is always good. It was a traditional Italian fare, of Bucatini alla matriciana, a pasta dish with cheek lard, Coda alla vaccinara, an oxtail stew and the highlight, Fiori di zucca, zucchini flowers, prepared in a deep fried batter. Catching up with my younger still unmarried cousins is a fairly sullen affair. The cousins my age are all married with young children, and quite frankly, can’t seem to put an intelligent sentence together anymore. So, I found myself talking to my cousin Elena, she is intelligent, witty and ambitious, possessing an uncanny resemblance to myself of earlier days. After what seemed like a marathon-length lunch, that could be chronologed by a series of loud arguments, copious amounts of food, and inquisition/speculation of my single status, it was finally over. I invited Elena to join me in my quick tour of Rome. Sensible girl, she readily agreed.

Back in the Maserati, with the roof down and the engine rearing to go, at last I can feel like I can breath! Elena and I agreed first port of call in Rome is of course the Collosseo, the ancient heart of Rome, a veritable outdoor museum.  Elena and I took a tour of the Colosseum,  the Imperial Fora, the Markets of Trajan, and finally left the ancient quarter without first taking in the atmosphere from Capitoline hill. By night time we got something to eat at Forno di Campo de' Fiori as we were told they do a roaring trade in Panini. We got our tastebuds around one fresh-from-the-oven Panini and a Pizza bianca with olive oil, rosemary and salt. The food was all fresh and exceptionally tasty. The Pizzaria’s reputation was well deserved in our minds.

Not yet wanting to call it a night, we hit the nightlife of San Lorenzo in the Maserati. There was a vibrant scene of pubs and clubs and heaps of young people. Perhaps a little young for me, but then as Groucho Marx said, “You’re only as young as the woman you feel” (or man, as my aunts keep wondering). We danced, shared some beers with some locals and a couple of Australians, and finally made our way back home to the early rays of the morning sun.

Well, first day is over, and all in all it hasn’t been too bad. I’ve bought Nonna a wonderful gift, a Bulgari necklace, that I plan to surprise her with tomorrow. Before I leave to go back home, i’ll try to squeeze in an art gallery or two. I suppose, on a more philosophical note, spending time with family really elucidates more about who you are, or perhaps in this case, especially in regards to style and taste, who I am not.