Hardcore in Chamonix, Death Sports Capital of the World 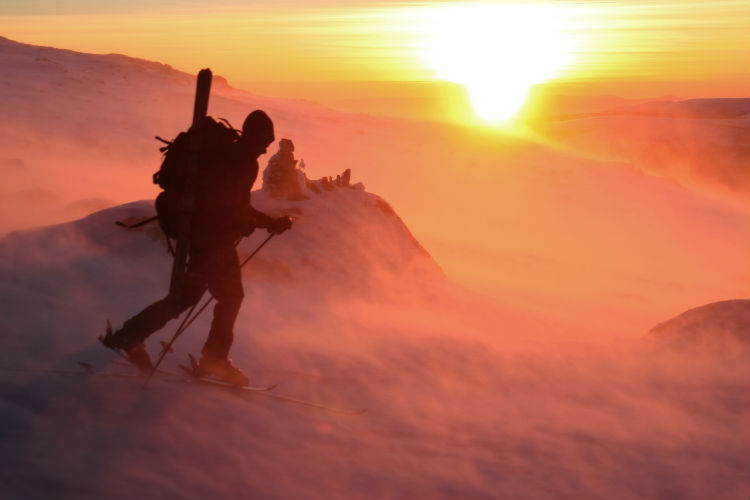 Some of the best vacation days of my life I’ve spent enveloped in a cool blanket of white powdery snow. The exhilarating feeling of rushing down the mountain with the crisp air hitting your face bars none. I have skied, I have snowboarded, I have ice climbed and I have tried all kinds of snow-related adventures, but my heart had always been called by Chamonix. Dubbed by mountain climber Mark Twight as ‘death sport capital of the world’, I figured I would one day be faced with that mountain, and so this past spring, I set my heart on it and planned a few days in this neck of the Alps.

If you like climbing or are not afraid to take on an adventure, ice climbing proved to be both a challenge and a blast. I hired Dave, a certified guide for the day, because as adventurous as I’d like to believe myself to be, I do place high value on my life and this isn’t the type of adventure you just wing. We got to the lift of the Aiguille du Midi to take on the spectacular Cosmiques Ridge climb. We got there early to find the empty first bin, which meant we only had a couple of people climbing above us, a true luxury according to Dave, as this is a popular climb and gets pretty crowded.  We got to the abseil point and aimed at the Profit Perroux. We started a steep descent down the couloir until the route leveled out. We made our way beneath the south face of the Aiguille du Midi towards the Cosmiques hut  under a scorching sun, which would explain my burnt neck the next morning. Once we made it to the top, a cheering crowd of supporters greeted us and asked us to get their picture taken with us.  As I was saying goodbye to Dave, he casually mentioned skiing down Mont Blanc from the summit. I know he mentioned it to pique my curiosity knowing well I would be quick to sign up for the adventure.

Dave booked us two spaces at the Grand Mullets for the following night. A whole 12.5 Euro would buy us a bed. I must say, as excited as I was about the adventure, a 12.5 Euro accomodation got me a bit worried. Don’t get me wrong, as much as I like my Ritz Carlton ‘Sleep Experience’, I am all about the adventure, and trust me, I can rough it up, but 12.5Euro, c’mon?? We skied down along the Bossons Glacier en route to the hut and arrived just after 4:30pm and settled for the night. The guardians at the Grand Mullets were very hospitable. We ate pasta, cheese and had a glass of port before retiring for the night. If you ask me, having one of the only refuges at such altitude, these guardians are going about their business all wrong. If I took over, I would turn this hut into a luxury five-star joint with a Michelin-starred chef on board and have a wait list of two years. Anyways, lights were out and so were we. In what felt like 15 minutes, it was already 4:30am and we were hitting the skin tracks. I had never felt so small, standing in the middle of the mountains in the dark with the sounds of the snow rumbling around. After 6 hours of climbing through towering seracs and bottomless crevasses, we reached the summit. King of the world doesn’t begin to describe how I felt. Following some faint tracks, we started the descent down the North East ridge heading towards the north face. The lack of oxygen and energy and the sore muscles took a back seat to the exhilarating feeling of doing what very few have done before. Exhausted and proud of what I had accomplished, I sat at Monkey Bar in Cam sud with Dave, kicked off my ski boots and gulped (yes, I gulped) what is probably the best beer I have ever tasted.

Feeling accomplished, and with every muscle in my body hurting, I got in my red Ferrari GTC4Lusso and drove to Chalet Dalmore, where I was staying. I soaked in the terrace hot tub looking at Mont Blanc, thinking how just a few hours earlier I had been struggling on its face. The chalet hostess arranged for a well-deserved massage, the chef prepared a delicious steak which I devoured as if I hadn’t eaten in days together with a smooth potato souffle and steamed vegetables as per my request. By the time the decadent creme brulee came to the table, I was already fantasizing about the next day’s adventures.