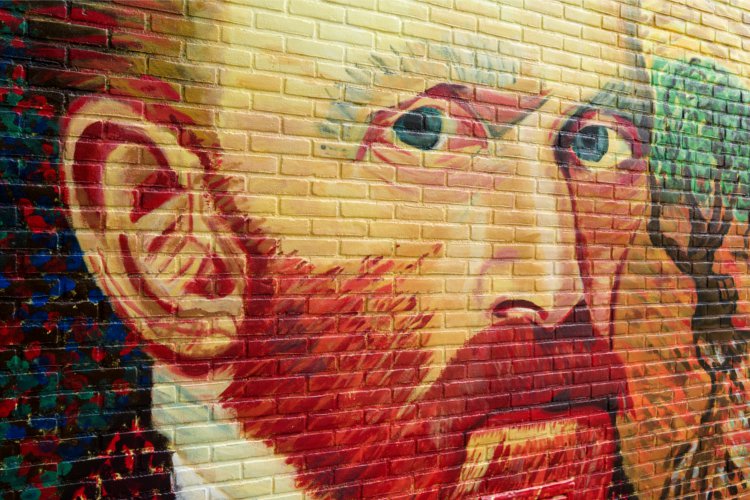 For many people, Vincent Van Gogh (1853-1890) represents the stereotypical artistic genius. Of course, Van Gogh did cut off a portion of his right ear after an argument with fellow painter Paul Gauguin, and soon afterwards voluntarily admitted himself into an insane asylum. While Van Gogh’s tortured life is not typical of a great artist, it is still greatly debated as to whether his mental health impacted his paintings. Full of intense energy, beauty, vibrant colour and stylistic originality, they stand triumphantly as supreme masterpieces in the history of art.

As a young man, Van Gogh, who was the son of a Dutch Protestant minister, was very religious and was concerned with the social plight of the poor. His experiences as an evangelist and missionary among the miners at Wasmes in Belgium inspired his early paintings of peasants and potato-diggers.

When Van Gogh moved to Paris in 1886 to live with his brother Theo, an art dealer, he was exposed to the innovations of the impressionist painters, and thereafter art became his passion. Within a few years, after he had settled in southern France, his work took on the qualities of intense colour and swirling brush strokes for which he later became exceptionally famous. At Arles, he developed his tragic association with Gauguin, and painted some of his finest works: The Dance Hall at Arles, Portrait of the Postman Joseph Roulin, Irises and Wheat Field with Cypresses, all of which have been reproduced in the millions.

For the chance to take a once-in-a-lifetime Vincent Van Gogh tour of France hire a luxury car, be it the Mercedes S350, the Audi RS 5 Coupe and if you wallet permits I would exceptionally recommend the exquisitely refined Rolls Royce Phantom. The high performance capability of any of these luxury cars ensures that you will arrive at each destination in impressive time, and with impeccable taste.

Arrive in Charles de Gaulle International Airport where your pre-booked luxury car rental can be delivered to you and then start your Van Gogh tour in Paris. Vincent Van Gogh’s works are on display at France’s most distinguished art museums, such as the Louvre, the Musée d’Orsay, and the Cabinet des Dessins in the Musée du Louvre. Between them they hold prime masterpieces including, Portrait of Doctor Gachet, Marguerite Gachet in the Garden, critical drawings and numerous self portraits.

Whilst in Paris, make sure to visit the Dufresne Art Gallery as it holds the phenomenal piece Head of a Peasant Woman with Dark Cap which was painted in 1885. While the Musée Rodin showcases numerous works during his productive years in Arles.

Once Paris is trailed from top to toe, go on to take a road trip that you will never easily forget. First stop being the city of Lyon. There, you will find amongst the city’s beautiful history (and hopefully well covered gastronomy) the Musée des Beaux-Arts de Lyon where the famous portrait of Head of a Peasant Woman in a Green Shawl is to be found.

From Lyon continue driving to the South of France, where the country terrain and play of sunshine  was an enormous source of inspiration for Van Gogh. In the historic city of Avignon, a major center in the Provence region, visit the Musée Angladon where the thought provoking piece of Railway Carriages can be viewed as it beautifully depicts the rustic French countryside.

Finally conclude your journey in the quiet, if not sleepy town of Arles which until today is still deeply devoted to its Provençal culture. While there are all but too few footprints that point to Van Gogh’s extensive time spent in this village, much of the geographic and cultural character that was a continual source of inspiration to the legendary artist, still remains today. See the fields of yellow sunflowers, the meadows of peasants dotted with solitary almond trees and the insides of historic baroque mansions that often filled the backdrops of many of his portraits.

In Van Gogh’s numerous self portraits, his consistent self scrutiny and his successive changes in style are evident  as his search for a personal artistic vision continued throughout his life time. The emotional intensity and inspired innovations in colour and form profoundly influenced the artists that followed after him, from the Fauvists and Expressionists to the Surrealists and Abstract Expressionists. All these art movements form today the legacy of Vincent Van Gogh, one of the most important and universally recognised artists of all time.