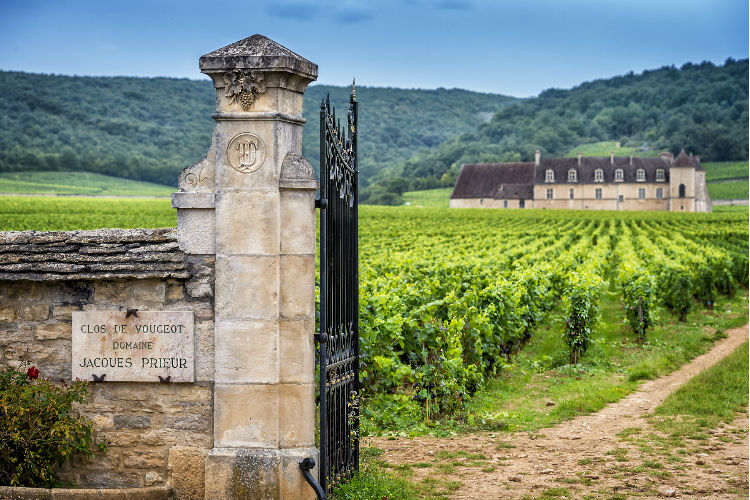 In the hope of turning this drive into a regular habit, I am about to take my first scenic drive through the beautiful French countryside. France is a web of stunning scenic routes, known for thickly forested mountain hillsides, sprawling vineyards and boutique wineries, I am looking forward to enjoying more than one glass of plonk, en route. Come along, my journey starts aboard the highly regal Bentley Mulsanne from Troyes, located in the enchanting Champagne region. I plan to take a nip in my travels to enjoy the scenery of Dijon, famous for its mustard and then will finally conclude, as we arrive at the panoramic hills of St Etienne.

After arriving in Troyes, I take the opportunity to spend the day looking around before I set off on the highway. Troyes is a beautiful and highly charming French town. Walking through its lively center and its narrow cobblestone streets, I can’t help but feel that I am literally being transported back in time to its medieval era. The half timbered homes that line the street have been wonderfully preserved, as well as the many old churches throughout the town. Combined, they give off all the wonderful ambience of a time long gone, and yet, not lost. 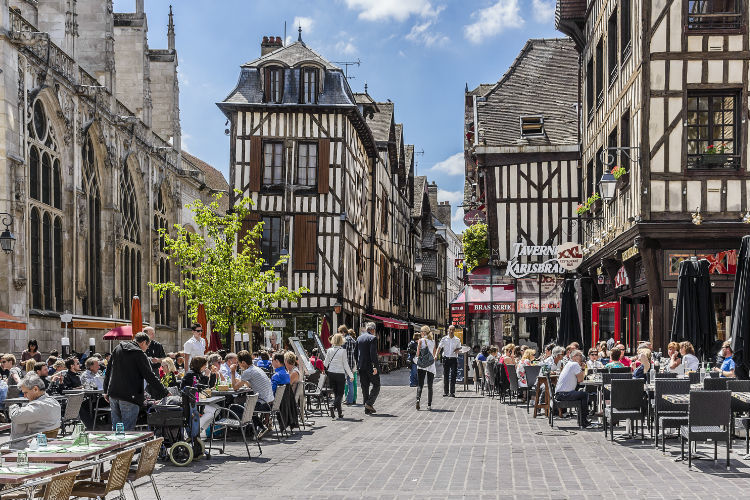 For dinner, I make a reservation at Auberge de Sainte Maure, a country Inn with a very warm ambience. The menu offers some french classics such as gâteau de pied de cochon, ris d'agneau aux épices douce, so I sit down at one of the restaurant tables knowing I am in for a treat. Sitting at the table across from mine, there is another man sitting alone, an elderly fellow who appeared to be reading a book “A History of Automotive Excellence”. Intrigued and feeling that eating with company is always better for the digestion, than eating alone, I introduced myself, inquiring after the book he is reading.  He, in turn introduced himself as Alfred Chauvaux from Paris, and like myself possessed an avid interest in cars and traveling. After an evening of comparing notes on the best cars we have driven and routes we have traveled, he advised that he was traveling by bus (we both groaned in unison), stopping in Troyes, to attend his daughter’s wedding in St Etienne.  “Well, luck has come your way”. I let him know of my travel route into St Etienne and invited him to join me for the journey. Alfred was delighted with the prospect and agreed at once.

After sharing drinks in the lounge and discussing the benefits and detriments of owning a Vintage car we decided to call it a night, staying in cosy little wood panelled caravans, housed in the wooded gardens of the country Inn. The next morning we tucked into a hearty breakfast and were off, bright eyed and bushy tailed. Driving the Mulsanne was one thing, sharing the admiration with another enthusiast, made the drive all the more exceptional. Indeed, the Mulsanne drives as if a mobile testament to performance and luxury. I point out the model features of the Mulsanne that I found to be the most exciting, such as the V8 engine that is recalibrated to enhance efficiency, the 14 speaker sound system and the seating memory, that remembers more than just seating positions, but radio stations, phone books and steering columns. “It’s the car with the memory of an elephant”, I remarked to Alfred. Alfred was more of a design man, he seemed to appreciate the leather fittings that wrap around the contours and disappear behind the glossy wood veneer. He appeared to passionately believe that it is the car’s strong and stately appearance that gives it an aura of power and refinement. “It is what sets it apart from other luxury cars, even at first glance. People at the most subtlest level come to understand that this is a successful man’s car”. I couldn’t disagree.

From the Champagne region famous for its sparkling wine, we crossed into the Pinot Noir and Chardonnay grape vineyards of Burgundy. For kilometers, we drove through vineyards that grow the vines to produce some of the world’s most prestigious and expensive wines. Indeed with the sun and the clean air it was all rather charming and put the both of us in top spirits. “This is what life is supposed to be about” Alfred remarks to me, “enjoying the beautiful country side air, in a powerful car”. I added “a glass of red wouldn’t go amiss”. So once we arrived in Dijon, we stopped at a bar called Chez Nous, located in a small alley. The bar had a great ambience and the locals there were exceptionally friendly. We struck up a conversation with a couple who were having a lively game of chess and they proudly filled us in on Dijon’s history. With a sequel of dukes who were great patrons of the arts, it appears, there is a whole more to Dijon than just its mustard.

Taking the moment to stretch our legs, we decided to go on a tour of the city. The city’s center is almost entirely pedestrianised, which I have to admit, greatly enhanced its ambience. We took in some spectacular sights such as the Ducal Palace, a remarkable renaissance building that houses the Musée des Beaux-Arts. The museum was equally enthralling, housing some national treasures.

On the road again, we continued on for our last stretch into St Etienne. Once we arrived, I bid farewell to my new dear friend Alfred, who offered me an invitation to his daughter’s wedding. Feeling that I wanted the road to myself again, I politely declined. Besides, I tend to look rather out of sorts on the dance floor, particularly to the beat of the Macarena. Whilst, I settled in for tea at the charming  L'Albatros restaurant situated amidst the stunning grounds of Hotel du Golf, I enjoyed an appetizer of Snail Gratin Provençale and then a main of Piglet Filet Mignon with Port Wine Sauce, both equally as delishes as they sound. As St Etienne is located just on the outskirts of the Rhone Alpes region, I felt there was a horizon to be chased beyond the far off blue Alpine mountain chain. Whilst savouring the taste of the Snail Gratin Provencal, I savoured the moment. Tomorrow brings another day, and that of course means another adventure.