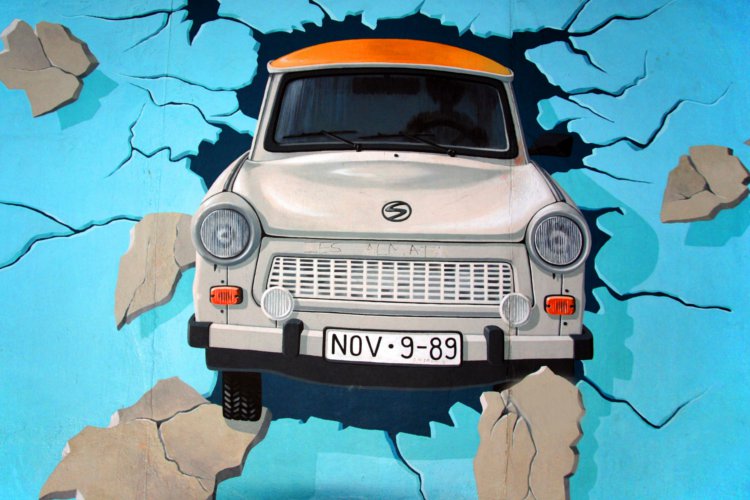 London may have its pubs, Paris its cafes, but in equally prolific fashion Berlin has its art galleries. In the twenty odd years since the fall of the Berlin wall and the subsequent post-reunification, the city has strived to find its identity, and it has done so with a voracious spirit - through its art. This spirit of regeneration has seen an influx of artists from all over the world leading to a dynamic art scene that riddles through the city in all possible shapes and forms, from the bizarre and the ridiculous to the romantic and the conservative. They all sit side by side against the backdrop of Berlin’s traditional architectural splendor. A perfect cocktail of the old with the new, it is a heady brew of creative and cultural spirit that continues to flourish as it influences the entire atmosphere of the city, from its nightlife and dining scenes to its street art and parks. Join us as we take a ride to the forefront of this cultural edge: Berlin’s Art Galleries.

Nothing short of an endearing, compact collection of the post-reunification German art scene, the gallery's curators nurtured what they called the “Leipzig School” in the early 1990’s. This school of art recognised perhaps more than anyone else, the value of using the distinctive blend of figurative and abstract painting at a time when there was unprecedented upheaval and transformation. This sense of flux and transformation was conveyed to collectors worldwide. In the process establishing the careers of numerous artists such as Neo Rausch and Matthias Wiescher who both continued to evolutionise Berlin’s art scene.

A Berlin mainstay since setting up shop in 2004 on Rudi-Dutschke-Str. Over the past decade or so it has developed a reputation as a powerhouse of German and European contemporary art. Regularly staging dynamic group exhibitions, Galerie Crone draws on a repertoire of European contemporary artists such as Hanne Darboven, Rosmarie Trockel and Norbert Bisky.

This highly provocative gallery is located at the top of the Frankfurter Allee in the former East Berlin housed in a dramatic building that has all the effect of a Soviet-era modernist block. In its former life the galerie was used to promote ideologically appealing art as a PR tool of the DDR era. In the fall of the wall, this heavy artistic garb was abandoned as the Galerie Capitain Petzel took on a contemporary program and welcomed international contributions including Wade Guyton, Martin Kippenburger and Sarah Morris.

Known for presenting one of the best selection of idiosyncratic art, the galery’s numerous contributions come from all over the world. With this contemporary edge, it quickly became one of Berlin’s most loved spaces, as in utterly unique fashion it blends the bizarre, quirky and fresh with the noble and the dignified. Doing so in a gallery that is light and airy within a Chipperfield inspired building near Museum Island. With a constantly changing display, no matter when you go you are likely to see works by Berlin’s own Jonathan Meese to Georg Baselitz and other more far flung artists such as Sarah Lucas and Katja Strunz.

Located on the rather inconspicuous Charlottenstrasse, not far from Checkpoint Charlie, is the highly conspicuous Galerie Thomas Schulte. An exceptionally modern corner building with a circumference wrapped by glass windows. A step inside its gallery rooms brings you into a teetering mass of what could only be collectively described as “things” as disco speakers are displayed alongside a single vase spot-lit on a plinth. The Gallery which was opened in 1991 sought to represent artists from the esoteric corners of contemporary international art scenes. Recent exhibitions have seen Alice Aycock the New York pioneer of conceptualism, evoke some rather wry installations.

For the ease of getting a round hire a luxury car in Berlin, be it a Mercedes CLA, a Porsche 718 Boxster or others from amongst our popular brands in the Fuhrer’s capital. While the galleries calendar year is full of highlights, the truth be told on most weekends there are a raft of openings to attend throughout the city, followed by an always entertaining after party. To get to the best parties just follow the crowds, but do so before the wine runs out and the fug of cigarette smoke settles in.