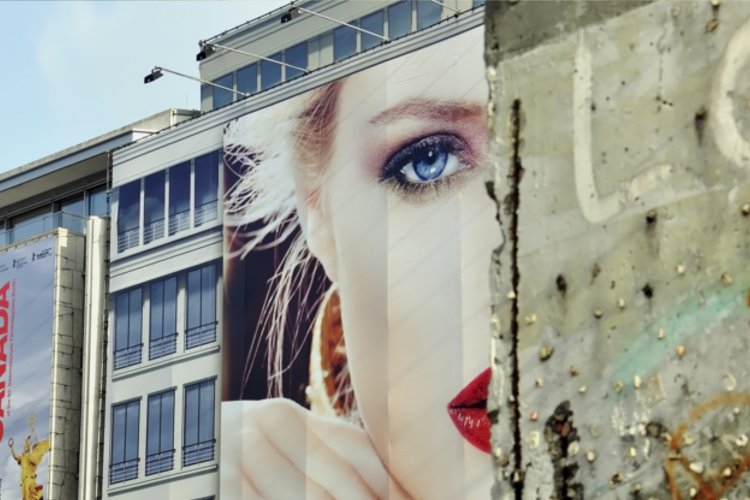 “One day you can be famous and I’ll be rich” said Charlie Brown to Lucy. Wondering if Charlie Brown was in Berlin when he made this proposition to Lucy as the motivation would have been obvious. In Berlin, more than being well known, it helps to have a lot of cash to splash. This is a city that is known for its immaculate attention to detail in its luxury offerings, with the astronomical price tags to match them.

While the polls show that it is a close tie between the Porsche and Mercedes as the preferred car for celebrities, in Berlin the pendulum swings towards Porsche. While tennis champion Maria Sharapova was seen driving her Porsche 911 Carrera,  likewise Mark Webber’s car of choice is the Porsche GT3 RS 4 and Dizzee Rascal an English rapper was seen pulling up in a Porsche outside Galeries Lafayette.

While some may have known the Borchardt for its shnitzel back in the day, today it is generally known for its flood of celebrities who are known for streaming through its front doors. On any given evening, patrons have found themselves sitting next to highly recognisable faces such as Jennifer Lawrence, the odd politician or two and corporate kings who are seen intently devouring their Wiener schnitzels.

For an evening of celebrity perving and some on the side elegant Italian food we recommend the Bocca di Bacco on Friedrichstrasse. Matt Damon frequented this venue on his last visit to the German capital as he seemed to enjoy the charm of the restaurant with its open kitchen. Yet his colleague George Clooney, who has a preference for Asian food, was sighted at Si An in Prenzlauer Berg and Kimchi Princess in Kreuzberg, enjoying the great variety of spicy flavours there.

Doing wonders for business, the glamorous Hollywood couple Brad Pitt and Angelina Jolie showed up one evening at Al Contadino Sotto Le Stelle, and so far the small Italian restaurant on Auguststraße hasn’t looked back. After the brangelinas declared that this was theire favourite restaurant in the city, this was shortly follow up with celebrity A class guest list that included Til Schweiger, Diane Kruger and Penélope Cruz. were among those seen there. Other popular restaurants for the trend setting couple also included 3 Minutes sur mer, a chic venue on Torstraße and the Grill Royal that also found itself on the carousel of celebrity hot spots.

When Quentin Tarantino was in town for the filming of "Inglourious Basterds" he lived on Berlin's Yorkstraße. Somewhat ironically, Tarantino who is known for his dramatic films appears to have a personal preference for the understated. On his lasts nights in the city he was seen in Ankerklause or at the Haifischbar on Arndtstraße. On most evenings however, he was found drinking a larger in Clärchens Ballhaus. Perhaps on the advice of friends back in Hollywood who have been known to throw the odd party there.

The Paris bar in the City West District has a long tradition of pooling celebrities into one place. With its more refined and classic ambience, it conveys every sense of yesteryear glamour as it continues to carry its reputation as a watering hole for celebrities. Otto Sander who was known to enjoy a lager still has his name engraved in brass upon one of the seats while Martin Kippenberger, the universally acknowledged, even if eccentric artist was known to get spectacularly drunk. However, for the hotel’s proprietor, Michel Würthle, the drinks were on the house, as Kippenberger was happy for the commission to be paid in liquer.

For the young and the chic who can still spend an entire night in pin pointed stilettos, the venue to go is Bar Tausend. The frilly fillies and handsome hunks can be spotted dancing under the all too cool and grungy railway bridge of Friedrichstrasse.

Shopping like George Clooney and Toni Garren is all too easy in Berlin (as long as you have the cash of course) with retail outlets such as Galeries La Fayette where all the highest top end brands are found, from an elegant French cravat to a pair of Italian riding gloves. A favourite for customers in the likes of Katie Holmes, Claudia Schiffer and Jude Law the The Corner, which has a reputation in Berlin as “the most tasteful Concept store”. Here you’ll be able to pick up a pair of boots for 785€ and a pair of slimming sandals for 795€. Ouch.

Dorothea Barth, the prestigious luxury shopping consultant, appears to hold the entire city of Berlin up her sleeve, particularly when she is commissioned with a project from one of her well endowed clients. A favourite however appears to be the Quartier 206 who hosts labels such as Lala Berlin and Helmut Lang, which is bound to please the tastes of her clients.

Stay tuned for more details on living it up like a celebrity in Berlin.