A Hive for Hobnobs

The Glamorous World of the Adlon Hotel 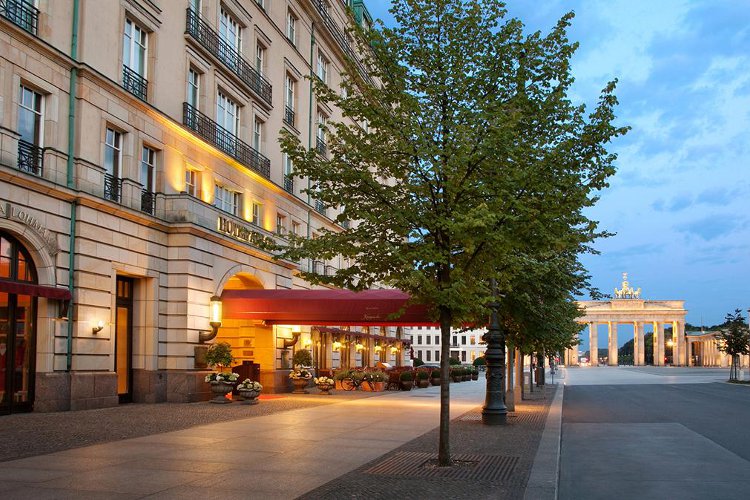 Intended to be an extravagant show of wealth and high society, the Adlon Hotel opened in 1907 and immediately achieved this mission, as the hotel became notorious for its extreme displays of extravagance, serving the German capital’s most affluent for over a century.

Prior to the late 19th century, a stay in a hotel generally just involved no more than a bed and if you were lucky perhaps a simple continental breakfast. The idea of turning the hotel stay into a luxury experience was first realised in America through the Waldorf Astoria, where guests staying in any one of their chains would be accommodated in a lavishly fitted room amidst the enormous hotel which offered decorated ballrooms, dining halls and sophisticated coffeehouses. Not long after the idea caught on in Europe, first with the Hotel Imperial that opened in Vienna in 1873, then the Hotel Ritz in Paris in 1998 followed by The Ritz London Hotel in 1906. Considering itself no less of a cosmopolitan center, the city of Berlin was eager to keep abreast with its metropolitan rivals. 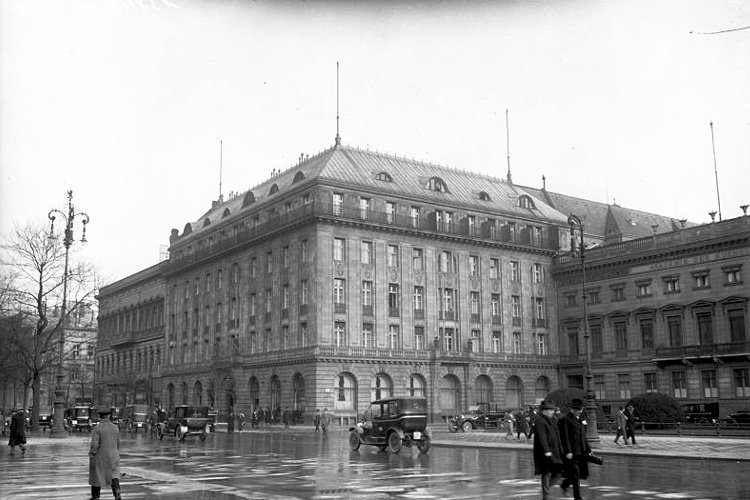 The man with the plan for achieving this task was Lorenz Adlon, a successful wine merchant and restaurateur who already had a flair for the whims of the rich and famous. He set to task raising funds and convincing Kaiser Wilhelm II that a luxury hotel was exactly what Berlin needed. Indeed the Kaiser became a staunch supporter, clearing the way for the purchase and use of the central location of the Palais Redern, which was subsequently demolished to make way for this ultra luxurious hotel. The prime position of the hotel was just opposite the symbolic Brandenburg Gate and in the heart of the government quarter of the city, next to the British, French and American Embassies.

Coming in at a pretty penny, the cost to build the hotel was 20 million gold marks, 2 million of which comprised the bulk of Adlon's personal fortune. However the man, if nothing else was dedicated to this cause of keeping Berlin at the forefront of the modern world. Indeed on its eventual completion, the Adlon Hotel was the most modern in Germany, with hot and cold running water, an in-house laundry and its own electric power plant. With so much already invested, Adlon was not going to leave anything to chance. A step inside the hotel brought you into a world of unadulterated luxury of Neo-Baroque and Louis XVI interior style, no detail had been left untouched. Berlin’s newest and most modern hotel boasted an enormous lobby that has framed by square marble columns, numerous grand ballrooms, a restaurant, a cafe, a ladies’ lounge, a men’s smoking room with an adjoining cigar shop, a music room, a library, a barber and an interior courtyard garden that with a japanese themed elephant fountain at its center.

Opening night for the Adlon hotel was on October 23, 1907 where the Kaiser amongst many more notables were in attendance with their wives. Yet well after its glamorous debut, the Adlon Hotel continued to become the social center of Berlin. The Kaiser held a retainer on several rooms, as did the Germany’s Foreign Office, which ensured a steady flow of high profile international guests. Some of these guest included Tsar Nicholas II of Russia and the Maharaja Bhupinder Singh of former India but also Thomas Edison, Henry Ford and John Rockefeller. 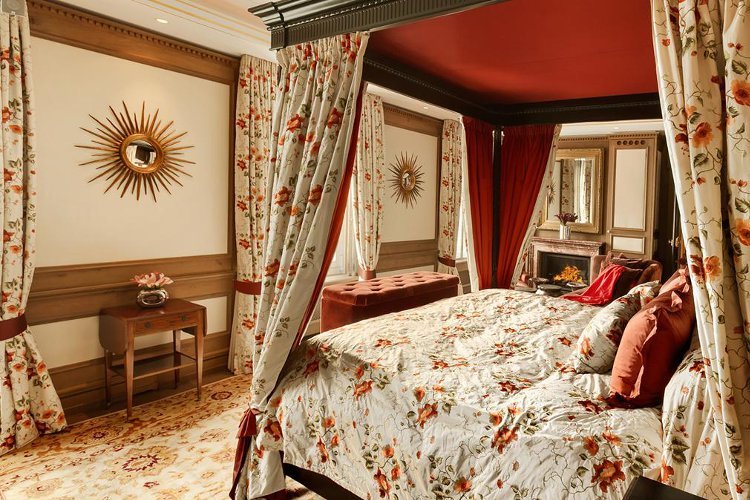 In the glorious days of the Belle Epoque era the Adlon Hotel continued to host celebrity guests such as Charlie Chaplin, Mary Pickford, Emil Jannings, Albert Einstein, Thomas Mann, Josephine Baker, and Marlene Dietrich, along with politicians like Franklin Roosevelt, Paul von Hindenburg, and Herbert Hoover. However it was not all good times as post WW 1, the era also brought an end to the monarchy and the abdication of Lorenz Adlon’s early supporter and good friend, Kaiser Wilhelm.  Adlon continued to be a staunch monarchist and refuse to acknowledge the flow of traffic that afterwards passed through the Brandenburg Gate's central archway, previously this archway had been reserved only for the Kaiser. Determined not to acknowledge the way things were, Adlon never looked before crossing in front of the gate which resulted in him being hit by a car in 1918 and then again on that exact same sport in 1921 where on that second time he tragically died. Adlon left behind his son Louis, who assumed management over the hotel

During the Nazi period the hotel continued to be a social center, hosting numerous ballroom parties for the third Reich. Not as popular by the Nazi’s as Hotel Kaiserhof, perhaps for this reason it maintained a relatively low profile and avoided being hit during the Berlin blitz. Hosting the city’s most well padded and decked out bomb shelter, it became a military field hospital during the final days of the war. It was not until one night on May 2 1945 that a fire was ignited in the hotel’s wine cellar by 2 drunk red army soldiers, that eventually brought the hotel to ruin.

Under the domain of East Germany the government reopened a surviving rear wing of the hotel. The ruined remains of the main building was finally removed in 1952 and formed into a grassed over buffer that was to separate east from west Germany. Finally what was left of the Adlon Hotel, which was used as a lodging house for apprentices, fell into total disrepair and the entire building was demolished in 1984.

Eventually with the reunification of Germany, the site of the former Adlon Hotel was bought by an investment firm and a new hotel inspired by the original was constructed in its place. The new Adlon Kempinski hotel was opened to the public by the former president Roman Herzog on August 23, 1997. Just as in its former legacy, the new Hotel Adlon continues to be a Berlin epicenter of high society. Elaborate parties are thrown where world dignitaries, celebrities and power brokers continue to keep Germany’s capital city of Berlin on the luxury globe trotter’s map.

For your visit to the Adlon Kempinski Hotel in Berlin, hire a luxury Mercedes and revel in all the city’s many luxuries. 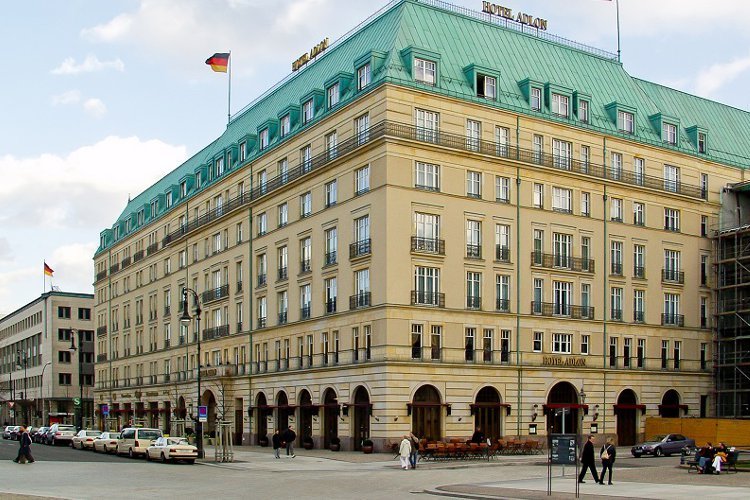