A Quest for Art

Life is About Using the Whole Box of Crayons 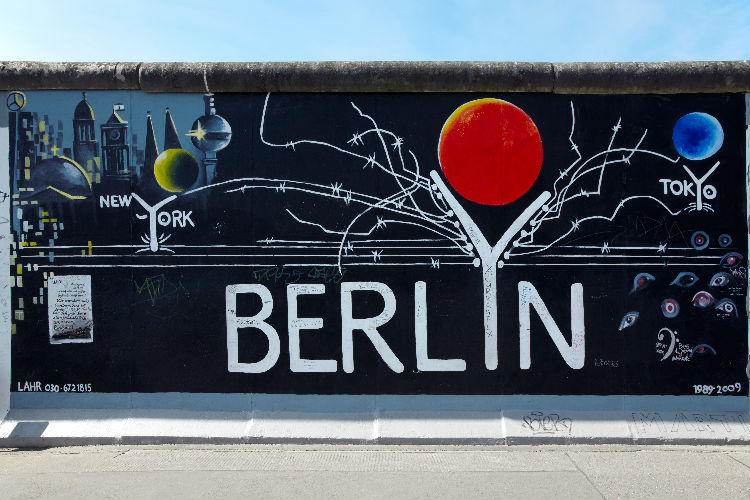 Since my visits to New York the past couple of years have become more and more frequent, I decided it would be a nice investment to purchase a small apartment I could call home whenever I found myself in the City. I found a gorgeous apartment on the West Side and after some well-deserved remodeling, I said goodbye to The Plaza. I finished decorating and since the walls were still pretty bare, I took Berlin’s Art Week as an opportunity to not only write about the event, but to look for a piece or two to hang in my new home away from home.

I arrived at Berlin Airport a little after noon. I got the keys to the Porsche I rented delivered right at the terminal, so I was off to the hotel quickly. I arrived at the Waldorf Astoria Berlin, where I was staying, checked in and with no time to spare, headed straight to the first event on my list. This year, Positions Berlin debuted bringing out the greatest positions of modern and contemporary art, presented by several international galleries. An exhibition architecture was integrated spectacularly into the space and various city art schools showed a wonderful variety of the contemporary Berlin art world.

After leaving Positions Berlin, I met an old friend, the editor of an up-and-coming fashion magazine, for dinner. It was a nice surprise to be in the same city at the same time, so we met at Facil, a magnificent modern restaurant with a retractable glass roof located in the heart of Berlin, inside the Mandala Hotel, to catch up. Service was unparalleled and the food, superb. The set-dinner menu allowed us to sample eight courses. We started with a plate of tomato and lemon oyster mushrooms that tasted so fresh, it could have been picked from the garden that same afternoon. We continued with a foie gras and peas, an artichoke, lemon and dashi langoustino and grilled octopus. For main course, we were served veal shank and a raspberry rhubarb dessert sealed the meal.

The next day I spent the morning at the Rudi Meisel exhibit. The West German photographer captured everyday life of ordinary people on both sides of the Wall during the 1977-1987 period and his photos present a unique and historical archive. I found many of the pieces to be highly thought provoking.  I stopped for lunch at First Floor in the Hotel Palace Berlin. I had a fabulous blue shrimp with pumpkin and coconut sauce for an appetizer, followed by the Atlantic sea bass raviolo, which I decided to accompany with Tasmanian rain water from the restaurant’s water menu  (they have a menu featuring bottles of water from 18 different countries). For dessert, variation erdbeere.

I drove straight to Station Berlin, Gleisdreieck for the abc Art Berlin Contemporary. Over 100 young and established galleries from Germany and around the world were presenting individual positions and curated projects inside and outside the exhibition halls. The program also included performances, artist talks, musical presentations, and theatrical productions. This is one of the largest events taking place during Berlin Art Week and an unmissable exhibit.

This year’s Berlin Art Week was everything it promised to be, plus I was able to secure a gorgeous piece by Harold Ancart which will give color to the living room wall in my new New York pad.