I’ll Drink to that 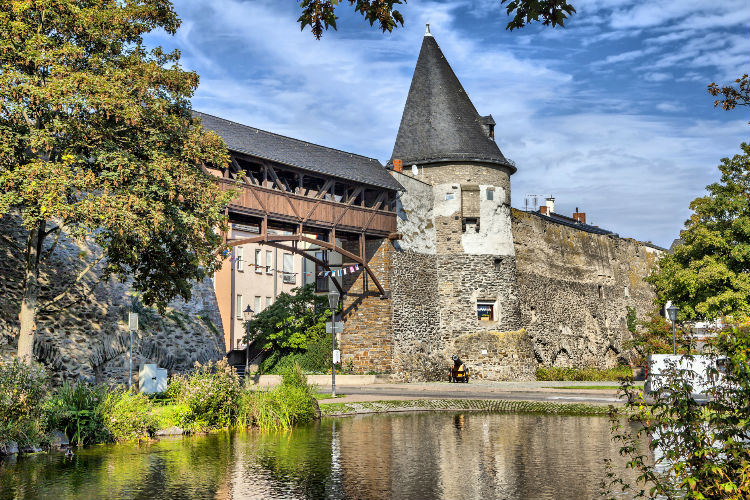 Steve: Linda and I have just come back from a road trip through the German Wine Region, it was excellent. I mean what could possibly have been missing? I was driving the superb likes of the Range Rover Evoque SE, Linda had more than what she could handle in terms of top class wines and with the sun pouring sunshine down on us, it could possibly have been one of my favourite road trips.

Linda: Oooh yes it was really lovely, I second that motion. The wines were excellent, I tried a selection of Rieslings, Merlots and a Müller-Thurgau but to tell you the truth I can’t really remember much about our road trip than that!

Steve: Oh well, at least you were in a good place and you’ll always have the photos to help jumpstart your memory. So I guess in that case I’ll recap. To begin with we arrived in Frankfurt and from there we had the Range Rover delivered to us at a our hotel. The Evoque is a quite an impressive SUV as a large and powerful 4WD it moves remarkably smoothly both on road and off. I particularly like the look of it as well as it’s got quite a stately presence, yet still keeps a dynamic edge that resembles a coupe. It was certainly a nice treat. From Frankfurt,we drove to Bockenheim which is where the German wine road is said to start. It then continued on for about 80 kilometers and passed towns along the way like Gruenstadt, Bad Duerkheim, Edenkoben and Bad Bergzabern plus a lot more small villages along the way. The trail finally concludes in  Schweigen which is close to Germany’s border with France.

Linda: But you have to talk about the interesting parts too darling, not just the nuts and bolts. The trail wound its way through vineyards, quaint little villages and crept close to the enchanting hills of the Palatinate Forest. All along the way you get a good feel of the region’s 1000-year old viniculture of which much has remained in tact over the centuries. It is all quite amazing.

Steve: Do you remember our stop over in Neustadt an der Weinstrasse and the historic market square that we found there?

Linda: Oh yes! It was so cute. It was paved by cobblestones and lined by these quaint old world restaurants. There were also rare and antique bookshops, not that I went inside of course, but it was still so cute to look at.

Linda: You know at least i’m asking. An old friend once told me that if I have to ask whether it was too early to drink wine, then I was an amateur and she didn’t think we could continue being friends.

Steve: What happened to her?

Linda: She died, her liver gave out. She certainly took drastic action to ensure that we wouldn’t be friends anymore.

Steve: Well, she was friends with you. It makes it a lot more understandable.

Steve: Well, anyway, we also went to visit the Hambacher Castle which has an amazing history as it is considered to be the cradle of German democracy. It’s a grand old castle that in 1832 became the venue of the Hambacher Fest, a German national democratic festival, that made its mark on German history.

Linda: Oh yes and I also liked Bad Dürkheim, which is this lovely and luxurious spa resort where we spent a day relaxing, I had a few massage and facial treatments there.

Steve: Isn’t it also the home to the world's biggest wine barrel?

Linda: Hmm, Perhaps it is, dare I ask you why?

Steve: No, no reason, no wish to further incriminate myself. I already know i’ll be sleeping in the kennel tonight, don’t want to make it last the week.

Linda: Wise choice, yes well we actually had a dinner at the restaurant there next to the wine barrel which I believe they said holds more than 44 million gallons of wine.

Steve: Well, you really restrained yourself than didn’t you?

Linda: STEVE! YOU DID IT AGAIN!

(Linda gets up and walks off)