The Best Antiques Worth Keeping, Are Old Friends 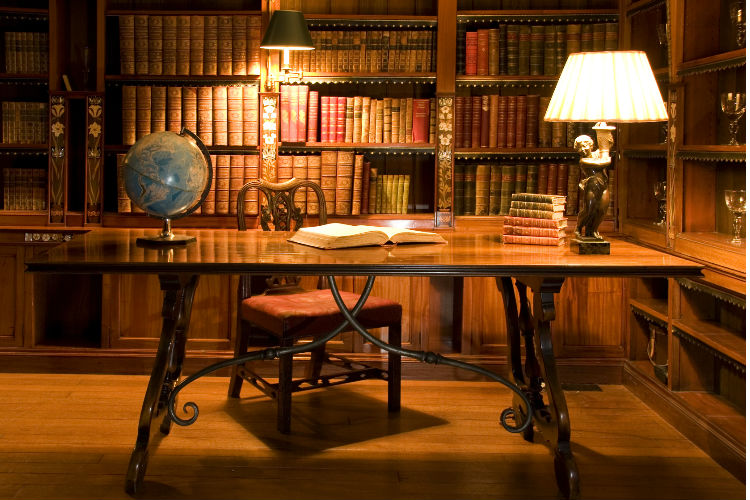 I find myself this week, in what could perhaps be my favourite city in the world: Milan, the heritage home of style and good taste. I have been commissioned with the task of making some antique purchases for a grand Schloss on the outskirts of Munich that has been recently restored to its former glory and that they are expecting to open to the public in the following days. A project like this, I could hardly refuse, so thus, here I am.

After arriving in Milan Malpensa Airport, I selected to have the Ferrari California delivered to me. An Italian cliché perhaps, but no regrets, I assure you. It was a delightful sports car that possesses as much personality under her bonnet as she does by her curvaceous cabrio figure. She raced from Milan Airport along highway lanes with adrenaline fueling speeds. The moment was highly invigorating!

My first port of call was Christie’s International in Milan. With some sensational pieces on offer, I spotted some antique furniture that I found highly captivating and fitted the bill of my contractors who were looking to fill a study room. The set included an Italian Baroque style desk table that had all the indication of being manufactured right here in Milan around the 1860’s. The desk was decorated with inlaid ivory and bone, that combined to form a strong visual effect of its illustration. The baroque style engraving depicts men and horses in a hunting scene. I dated the desk to some time between 1860-70 due to its construction, whereby the draws have been chamfered and the horizontal cracks in the wood indicate aging. I anticipated that the piece would sell for a maximum of $15,000, so when my final bid of $10,000 was accepted, I was rather rapt. The piece was accompanied by two single lounge chairs, that had similar inlaid ivory and bone decoration and a deep green velvet upholstering. Feeling committed to the set staying together, I paid another $7,000 for each lounge chair, which really was a fair price. I dare say.

Within relatively short walking distance within Milan’s old town, I was able to attend the auction at Antiquorum Milan as well. Once there, I discovered a remarkable Italian micromosaic picture. Micromosaic art is composed of thousands of pieces of marble, where the artist responsible utilises a wide variety of choice and type of marble colour to create a poignant visual effect. A truly remarkable work of art! This particular painting depicts a scene in Rome, the palatine ruins, that was then, and is still today a popular tourist destination. The dating provided for the picture was consistent with my own assessment of circa 1865. I had to buy it, it was the perfect match for my study setting! Still in the original gold leaf frame, I made a reasonable purchase of $10,000 for the piece.

That night, I met with a old friend of mine, Giovanni Esposito, with whom I formed a strong friendship in earlier days when we were both starting out in our respective professions. Today, my  high spirited friend, owns a furniture designer house for which he has met significant success. After an enlivening dinner engagement, he invited me to join him the next day to the Salon del Mobile Milano, Milan’s largest and most prestigious furniture expo, rightfully considered by many as the global benchmark for the home furnishing sector. Well, when he slipped the entrance pass across the white linen table, I could hardly refuse, could I?

Although my forté is obviously antiques, I was just as much enthralled with the avant garde and hyper modern furniture that was in display at the show.  From center furniture pieces to accessories, ornaments, decorations and fabrics, I thoroughly enjoyed the immense creativity and boldness to break through established conventions, that was evidently on display. For my own sense of taking a role in this style evolution, I bought a lamp that I thought was an exemplary piece of suave sophistication. A tall lamp of about breast height, made of a dark treated wooden base and a Sepia shade of brown for the lamp shade. I think I may put it in my own personal study, where I expect it will give the room a slightly modern and bespoke zest.

I wished my dear friend “Arrivederci” and we parted ways. From classical beginnings to modernist endings, Milan is reinstated in my mind as the home of fashion, endearing friendship and of course voracious Ferraris!