Things to Go, See, Do & Buy in Monaco 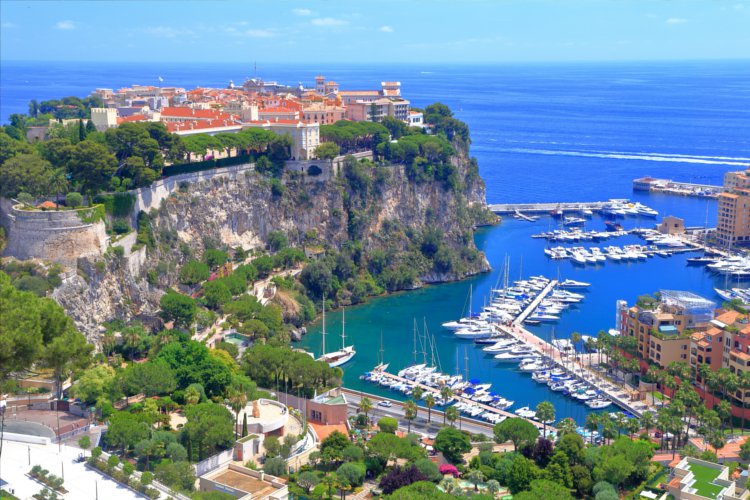 In the only country in the world that is famous for casino gambling, car races, yachts and fairytale romances (think Princess Grace Kelly and Prince Rainier who became the 20th century’s star crossed lovers), this is just the place to ignite a passion and live life at its best. In the manner of all the world’s rich and famous we recommend hiring a fabulous luxury car, be it a Rolls Royce Drophead, a Ferrari California T or a Porsche 911 and follow through our list of all the very best top 10 things to go, see, do, and of course buy in Monaco!

While Monaco’s largest port is a location born out of necessity, the basic necessities have nothing to do with Port de Fontvieille anymore. Truly a playground of the rich and famous, you can sit under one of the nearby umbrella padded cafes and drink iced coffees as you watch the million dollar yachts come in to dock. The particular glitzy marina has space for 275 vessels, all of which are of various sizes, styles and gold gilded elegance. Yacht owners have been known to pay around a thousand or so dollars a day to let their boats just drift on this rather sparkling harbour.

For its inspiring sense of grand history and impressive architecture we certainly recommend a visit to Monaco’s first Catholic church. Originally built in the 13th century, it was later demolished to be constructed a new in the 19th century to its current impressive glory. With its white marble pillars and surrounding frescoes it really does do the job of establishing a sense of awe. Knowing that it is also the burial place of the Grimaldi family, including Grace Kelly and Rainier III, admittedly makes it all the more intriguing.

This impressive white marble building that is perched on the cliff side of Monaco’s mountain, appears to be a Baroque mansion, but in actuality it is a fascinating Oceanographic Museum dedicated to the marine sciences. Home to a vast collection of sea life including sharks, turtles and shellfish, which freely swim about in the replicated Mediterranean and tropical water ecosystems. Monaco’s Oceanographic museum combines history and the natural sciences together in impressive style. Founded in 1910, visitors are able to view model ships, the remains of shipwrecks found off the coast of Monaco along with sea animal skeletons.

For the chance to do some serious lazing under the sun, develop a tan, splash around in the water or take on some wild water sports, there is always Larvotto beach. Known for its turquoise blue waters and hedged in by ultra elegant hotels that dominate the skyline, Larvotto beach continues to be a popular destination for Monaco’s wash of tourists. For some useful tips we recommend that you wear sturdy shoes as the beach is really more pebbly than it is sandy. You also may want to reconsider bringing the kids along as there is a lot of toplessness that you may want to avoid (or enjoy).

Whether you are a green thumb or a nature death touch, either way you are still bound to enjoy the Jardin Exotique. This extraordinary botanical garden is built on a cliff side and is home to a great variety of flora, including 1,000 succulents, most of which are cacti. A guided tour is always helpful to elucidate which plants are over 100 years old and where exactly that underground cave is located at the bottom of the cliff. Having sparked an interest in the natural sciences, you may want to visit the on site Museum of Prehistoric Anthropology, for its collection of artifacts on prehistoric man that has been discovered in Monaco.

Be spectator to one of the most prestigious car races in the world when you visit in Monaco in time to attend the city street raced Grand Prix. In only-ever-in-Monaco fashion, F1 supercars are raced through Monaco’s narrow streets and sharp corners, with spectators standing a mere hair’s breath away. The track is considered by F1 drivers to be one of the most demanding in the racing industry, where drivers are required to limit their speeds to 305 km/h as mandated by Formula One rules. Personally that ain’t enough for me, I would still be standing at least a few feet back.

For locations to shop, drink and eat, your top destination is the Monte Carlo Harbor. While ostensibly another port for the rich to dock their highly liquidable yachts, it is also a popular destination to just hang out - albeit in the latest haute couture. Enjoy a star studded gastronomic evening along the waterfront, shop for high end brands such as Givenchy, Hermès and Yves Saint Laurent or enjoy a dance and a cocktail at one of the ultra trendy and for that matter, highly intimidating, nightclubs.

Monaco-Ville is the oldest neighborhood of the principality perched at the top of the mountain that protrudes into the Mediterranean sea. For this reason it is called Le Rocher, which means “The Rock”, unglamorous a title as this may actually be, let’s face it, even a rock sounds sexy in French. Still the history to be uncovered on what is arguably the world’s most decorated rock is highly impressive. Archeological remains of ancient Greeks that date back to the 6th century BC can be discovered. Furthermore in the 13th century, Monaco’s royal family the Grimaldis, first set up camp by building an ancient fortress that was to be their headquarters for generations to come. Doing a wonderful job in retaining its medieval character, a visit will have you walking through Monaco Ville’s many pedestrian only thoroughfares, narrow passageways, past street lamps and painted wooden shutters. 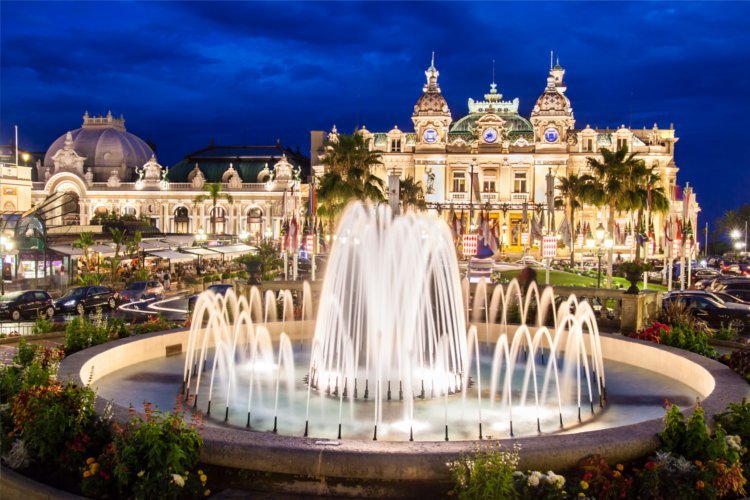 Saving the country from the brink of bankruptcy was the Monte Carlo Casino. You can always rely on gambling to bring you out of financial crisis - that is of course, depending on what side of the table you are on! Established in the 19th century, Monaco at the time had little infrastructure to support a tourism industry, but the casino worked with astounding success. Today people from all over the world flock to its roulette tables dressed in their finest thousand dollar fabrics, that ironically still manage to cover very little. Our helpful tip is to make sure you bring your passport, as Monaco locals are actually not allowed inside.

This is the current and rather comfortable pad, for that family who set up camp to build the fortress at the top of the mountain. Over the centuries the fortress deteriorated badly and it was Prince Rainier, the prince charming of Grace Kelly, who restored the fortress to its full fairy tale palace potential. Throughout the summer months the palace is open to the public to take a sticky beak, inside you’ll find quite a few nice things such as a bunch of paintings, frescoes, crown jewels etc stuff like that. At other times of the year you’ll have to make do with the changing of the guard ceremony which happens everyday at exactly 11:55am where the Carabiniers perform this age old ceremony in nifty hats.